We see the Bitcoin price rise and fall without knowing the causes. On this article, we explained all variables that influence bitcoin price and changes its value.

We all know that the value and price of Bitcoin are measured against Fiat Money. Fiat money means a currency declared as a legal tender by the government but not backed with gold or any other physical commodity. Read more about fiat money on Investopedia.

Bitcoin, therefore, appears very similar to any currency traded on foreign exchange markets. Unlike fiat currencies/money, bitcoin has no official price. What it has are only various averages, which are on price feeds on global exchanges.

Bitcoin Average and Coin Desk are two major platforms that report the average price of Bitcoin.

It is normal for Bitcoin to trade on any single exchange at a price a bit different to the average.

Now to the big question, “what factors determine the price of Bitcoin?”

The answer to “what determines bitcoin price?” is Demand and Supply.

Price discovery takes place at the meeting point between demand from the buyers, as well as supply from the sellers.

With the model of demand and supply into consideration, it will be apparent that the majority of supply is controlled by early the adopters and miners of bitcoin.

With a mining reward of 12.5 BTC per block, Bitcoin supply is inflating around four percent every year. This rate will drop in 2020 when the next reward halving occurs.

That the price of Bitcoin is rising despite high inflation, it indicates robust demand.

The best way to calculate demand from new entrants into the market is to monitor Google trend for the search word “Bitcoin.” Such reflection of the public interest tends to have a strong correlation with the price.

A very high level of the public interest may exaggerate price action, uninformed speculators, media reports of rising Bitcoin prices draw in greedy and creating a feedback loop. It will lead to a bubble shortly, maybe followed by a crash.

Bitcoin has experienced two such cycles and will likely experience more and more in the future.

Bitcoin was designed to have a fixed supply of only Twenty-one (21) million coins, over half of which have already been produced.

The early adopters of bitcoin were wise enough to earn, buy and mine vast quantities of Bitcoin before it held significant value.

Satoshi Nakamoto, the creator of bitcoin – is thought to hold a million bitcoins, which is close to 4.75% of the total supply of 21 million.

If Satoshi Nakamoto happens to dump these coins on the market, the supply glut would collapse the price.

The same applies to any significant holder. However, any individual seeking to maximize their returns would distribute their sales over time, in other to minimize price impact.

Miners as at recent produce around 3,600 bitcoins each day. Some portion of the coin they sell to cover up for electricity and other business expenses.

The daily cost of power for all mining is estimated at around $500,000.

When you divide that total cost by the current BTCUSD price, it will provide an approximation of the minimum number of bitcoins that miners supply to the market daily.

A Bitcoin wallet can be much safer than a bank account.

Cypriots learnt the hard way when their savings were confiscated in early 2013. This event was reported to have caused a price surge – savers rethought the relative risks of banking compared to Bitcoin.

The next that occurred was in Greece, where strict capital controls were imposed in the year 2015.
Greeks were subjected to a daily withdrawal limit of only €60. Bitcoin demonstrated its value again here as money without central control.

Next, after the Greek crisis, China began to devalue its currency (Yuan). As a result, the Chinese savers turned to Bitcoin in other to protect their accumulated wealth.

A recent positive influencer of the Bitcoin price, “or let’s say perception”, is Argentina’s situation.

The elected President, Mauricio Macri, pledged to end capital controls. It would eliminate the vast disparity between the official and black-market Peso to USD exchange rates.

Bitcoin price will never be full without talking about the role played by market manipulations in adding to price volatility.

At that time, Bitcoin got high above $1000 it was partly driven by automated trading bots or algorithms, running on the Mt. Gox exchange.

All facts show that these bots were operating fraudulently under the direction of the exchange operator, Mark Karpeles, bidding up the price with phantom funds. Mt. Gox was the major Bitcoin exchange then and as well the undisputed market leader.

In recent days, there are many large exchanges. Therefore, a single transaction going “the other way round” would not have such an outsize effect on general price.

There is no doubt that Bitcoin is an experimental project and as such, a very risky asset at that.

There are lots of negative influencers of price, top among them being the legislative risk of the government banning or strictly regulating the Bitcoin businesses.

The risk of Bitcoin network forking along several development paths is also something which would be able to undermine the price.

Again, the coming up of a credible competitor, maybe with the backing of major (central) banks, could see Bitcoin lose market share in the nearest future.

It is possible that the exchange price may be different from the consensus price – as occurred for a sustained period on Mt. Gox before its failure, and on the Winkelevoss’ Gemini exchange.

In Nov 2015, BTC-USD hit $2200 on Gemini while trading within $330 on other exchanges although the trades were later reversed.

Such events occasionally occur across the different exchange; it can be caused either due to human or the software/application error.

Bitcoin ultimately is worth what people will buy and may want to sell it for. It is often a matter of human psychology as due to economic calculation.

Do not allow your emotions to dictate your actions in the general bitcoin market. It is best achieved by determining a strategy which you will stick to.

If your main objective is to accumulate Bitcoin, a perfect method is to set aside a fixed and affordable sum every month to purchase bitcoins at whatever price.

On a long while, this strategy will allow you to quickly accumulate bitcoins at a reasonable average price without the stress of trying to predict the market. 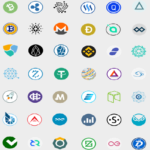 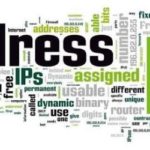