Home Cryptocurrency Bitcoin Price Fluctuation in Figures – From 2009 Till Date 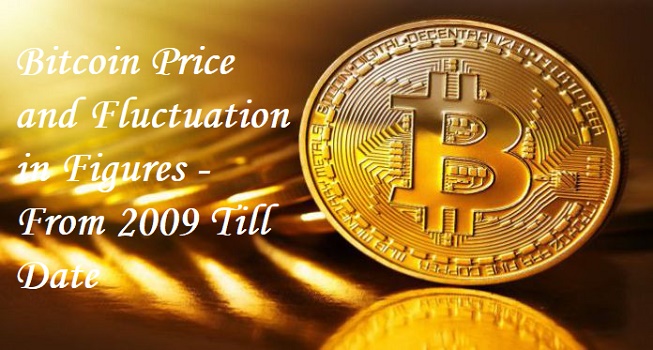 This article contains a table which shows bitcoins prices and fluctuation from 2009 to date. It also includes the reasons for each price change.

Bitcoin is a cryptocurrency that is designed to function as a medium of exchange. It uses cryptography to control its creation as well as manage it.

It does not rely on any central authorities to manage or control its activities.

From mid of the year 2010, some businesses started accepting bitcoin, adding to traditional currencies.

The price of bitcoin has not been anything beyond stable since it was created in 2009.

But in the past few years now, with new investments and other business transactions happening on the blockchain, bitcoin has gained value – from below $1,000 and valued at over $10,000 at some point.

As far as bitcoin is not attached to any centralized authority, bank, or organization, its value only gets affected in unique ways.

For the best understanding of what is happening to the price of bitcoin, it will be essential to understand the basic principles that affect the overall price on the market.

Around June in the same year 2013, the price dropped steadily again to $70.

Within a few weeks, the price began to recover and got to $140 on 1st October.

The next day being the 2nd of October, The Silk Road was seized by the FBI.

This seizure caused a slight crash of bitcoin to $110. Several weeks after, the value increased to $200.

The table below will show the real figures of bitcoin fluctuations From 2009 till date.

The table will be updated once there is a change in the price of bitcoin so you may consider bookmarking this page.

How To Claim A Dead Person Bitcoin And Cryptocurrency

All You Need To Know About Bitcoin