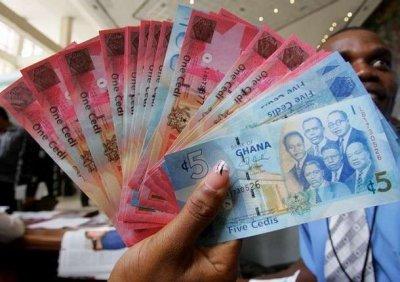 We update this post every day to give you the accurate day-to-day exchange rate and fluctuations of the Ghana Cedis to Naira as well as the black market rate.

The meaning of Ghana is a “Warrior King.” Before the British colonized them, they were divided into several Alan kingdoms which included; the Akwamu, Akyem, Bonoman, Ashanti Empire, Denkyira, and Fante. Non-Akan states where created by Ga and those by Dagomba also existed.

Before Ghana’s independence, the West African Currency Board (WACB), was vested with the responsibility of overseeing the issue of Currency in Ghana.

The West African Pound and Shillings were the Currency in Ghana until July 1958.

After Ghana attained its Independence from British Rule, the Bank of Ghana was made the new Monetary Authority, superseding the WACB, and commenced the issuing of its currency in the form of Ghana Pounds, Shillings, and Pence in July 1958.

In the year 1965, Ghana did away with the British Colonial Monetary System totally and adopted the Decimal system.

The “Cedi” notes and coins were introduced into circulation in July 1965 which replaced the Ghana Pounds, Shillings, and Pence.

The precursor to the Ghanian Central Bank was the Bank of the Gold Coast.

With Independence from British Rule, the concept of a Central Bank gained currency, and in the year 1955, Select Committee was set up by the Government, for giving recommendations full setting up a Central Bank.

The Bank of Gold Coast was transformed into Central Bank in 1956 and commenced operations in a modern five-story building which then houses both the Bank of Ghana and the Ghana Commercial Bank.

The Ghana “Cedi” is currently the unit of the currency of Ghana.
The Cedi is derived from the word called “Sedie,” which means a “cowrie shell” It is an “Akan” word, and represents “shell money.”

“Cowrie” or “Cowry” shells were once a kind of currency used in Ghana which had full acceptability and circulation, particularly, in the latter part of the nineteenth century.

One Ghana “Cedi” is divided into a hundred Ghana “pesewas.”

Ghana has also issued many coins in the past in the “Sika” denomination.