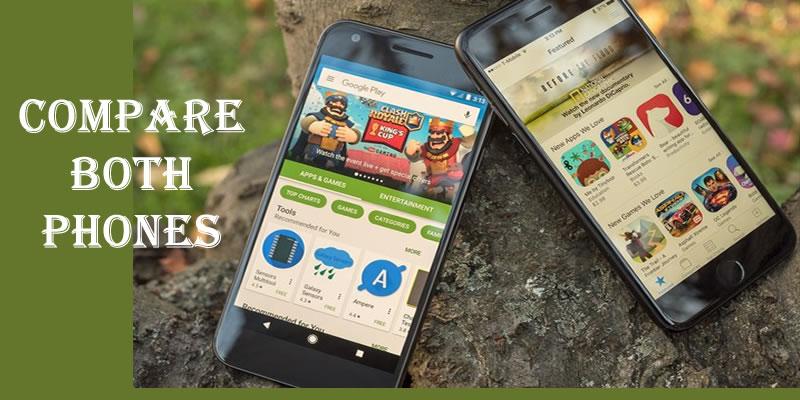 There is this misconception about the iPhone being better than that Android.

But what most people refuse to understand is that one is not supposed to compare the iPhone with the Android.

The reason is that the iPhone is hardware, while Android is an operating system (software).

If you want to compare the iPhone with something else, then compare it with other products like Samsung, Nokia, Huawei, Vodafone, Lenovo, Infinix, Tecno, Vivo, and so on.

There are many variables one can use to judge both of the operating systems to see which is better than the other, but never use the price to decide. High pricing never means superiority or quality.

Although we know iPhone doesn’t jeopardize with quality and as well runs a monopolistic operating system. The quality and the monopoly market may be the reason for the high price.

Without saying much here, let us compare both iPhone and Android to enable you to choose your choice. 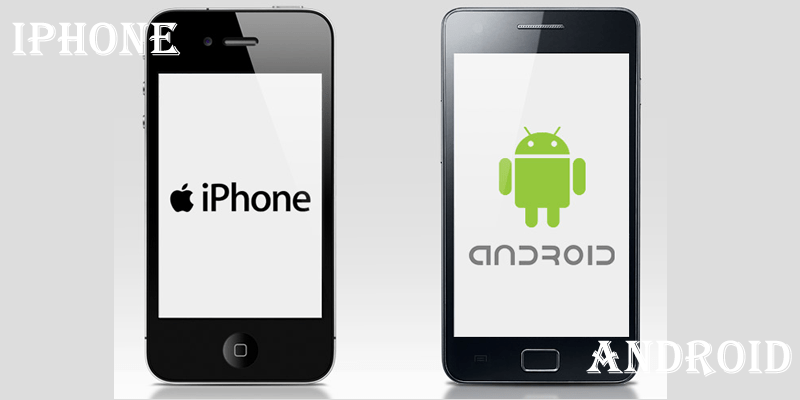 iPhone and Android which is better

You must have wondered why the iPhone is so expensive.

So many people have argued about this issue; some say iPhone is expensive because of its quality. Others countered, standing on the opinion that the Apple iPhone is costly because of the monopolistic nature of the iOS.

“The monopoly that exists is the reason why most people don’t know the difference between Apple, iPhone & iOS”.

Android on its part is an open-source software managed by Google. There are more than a hundred phone manufacturers whose products run on the Android operating system. They all customize Android to suit their specific needs.

This means that there is a huge competition going on in the android market that will affect the price.

Could this be the reason why some android phones are very cheap?

There is no doubt that all iPhones are of high quality, so if you need a quality phone – the iPhone will offer you that.

On the other hand, competitive android devices are manufacturer-quality-based. Some Android manufacturers like; Huawei, Samsung, HTC, Nokia, Vivo, among others – have proved to equate the quality of Apple’s iPhone.

Phone quality depends on the manufacturer and not the operating system.

The User Interface is the graphical and touch-sensitive display on a mobile device. It deals with how the phone user can interact with the device’s features, contents, and functions.

Speaking on the phone Users Interface, the android is better than the iPhone. The open-source nature of Android has created doors for further development and customization of the whole android system. The android has proved to be more user-friendly than the iPhone.

The UI on the iPhone is also amazing, with lots of security features but not as dynamic as Android.

3. iPhones are of Higher Performance

This fact can not be disputed because of the hardware grade and robust nature of iOS.

On the other hand, Android devices make provisions for different levels of hardware.

Although there are available Android devices whose hardware quality either equates to that of iPhone or even surpasses it. So let’s clear the doubt here.

The main fact here is that the iPhone doesn’t manufacture substandard products.

This is correct, but there are lots of android devices with even much longer-lasting batteries. I hope you remember that the android market is a competitive one with lots of mobile phone manufacturers.

You can find lots of Android phones built with batteries above 5,000 mAh, and that that has the capacity to charge other phones.

I totally won’t agree with this. Each of them has its unique features. Whichever you will choose will depend on what you want.

There is this related argument that iPhone devices can easily upgrade their operating systems than androids.

Looking at it from this angle, it is correct, because Apple takes outstanding care of their old hardware compatibility, unlike most android.

One thing I love about Apple devices is that they made it very much comfortable to integrate between all Apple devices. Apple is the maker of the iPhone, iPad, MacBook, and Apple Watch. Integration among these devices is effortless.

But in the case of Android, it is a bit more complicated as there are many manufacturers. Although Google apps are making much effort to enhance integration on different platforms. But make use of Google apps, integration is as easy as ABC.

The security on the iPhone and other Apple devices is much stronger than that of Google’s Android.

Apple makes use of several technologies with strong firewalls, which makes it very difficult for “blackhats” to penetrate.

But as for Android OS, being an open-source may cause some loopholes. If you are an Android user, you should keep your OS updated. This can be done from your phone settings.

Your android device may also notify you once an update is available though you will require strong internet and much data to run any upgrade.

The significant difference between iPhone and Android, and which you should choose depends on you and what you want. I have tried to touch all aspects and cleared all the necessary doubts.

If there is something else you will like to know, please make use of the comment box below this page.

Please share this article with someone; remember sharing is caring.

How to Stop WhatsApp from Consuming Mobile Data

This article explains different ways to stop WhatsApp from...

Softaculous is an auto-installer application for servers on cPanel....

This article contains the complete list of all Nigeria...