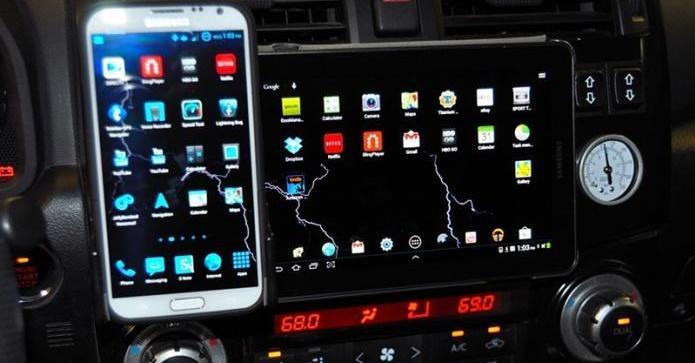 Radio, as we know, is already a part of life for most people.

How boring life could be without a radio set. Radio addict loves carrying their radio with them everywhere they go.

Having your radio with you keeps you connected with all that is happening around the world.

One advantage of radio over other communication devices like; the television, newspaper, magazines, internet, etc. is that with radio you stay focused. Doing whatever you are doing and listening to your radio at the same time, without any distraction.

Because of the bulkiness of most radio device, there was a need to think of a way around it.

Manufacturer of gadgets was not left behind as they adopted radio as a feature in some of the devices they are producing.

On the other hand, radio manufactures also started embedding lots of features to their radio device to give it multiple functions.

Mobile device and smartphone producers taught of this and said to themselves, “since everyone works around with their handset, we can make radio as one of its features.”

And this was the beginning of radio in most mobile phones.

But over time, we have discovered that it is not all smartphones that come with the radio.

Nevertheless, we are in the era of Android smartphone phones. One great thing about Android devices is that it supports third-party apps.

Lots of radio applications had been developed. We will look at the top 5 radio apps for android, which you will find in the Google Play Store and download for free.

Radio Player from Audials has lots of features, and it covers over 50,000 different radio stations.

With this app, you can select a radio station according to genres, country, artists, and so on. It also allows you to listen to over 100 podcasts.

One great feature on of Radio Player from Audials is that it allows recording of any radio station while playing, the record will automatically save on your phone.

Other features of this app are; in-built audio, equalizer video player, sleep timer, Car Mode, and many others.

TuneIn Radio happens to be one of the most popular radio apps that offer users something more than just a radio.

With this app, you can listen to the news, podcasts, sports, and even audio books.

Some additional radio channels included in it are CNN, FOX, and MSNBC. Included also are sports frequencies like MLB, ESPN, and NFL.

Perform a search or browse through the navigation of the app to locate whatever you are looking for.

For car owners, The app comes with a Car driving Mode – which changes the interface of the app to something more suitable while driving.

You can find playlists for any mood, in almost all genres. Android Wear and Chromecast support the app.

This is one of the people’s favorite; the app is handy and rich with lots of features for all Android devices.

PCRADIO allows you to listen to radio stations of several directions and styles, such as; retro, rock, jazz, club radio, rap, pop, classics, and so on.

Amazingly, this radio app can hardly suffer poor streaming no matter your present location. Its connection is perfect with all network grades, be it 2G, EDGE, 3G, or 4G LTE.

VRadio allows you to listen to all your favorite radio stations with your Android device online. After downloading this app, you will start to enjoy unlimited music at any point in time with your Android smartphone.

What you will love most about this app is that it will play channels categorization by location or genre. In addition to that, it allows you to set an alarm timer to enable you never to miss your favorite radio programs.

The Google Console tool is the brain box for...

How To Boost Alexa Ranking Of Blogs And Websites

One of the world's most excellent tools for ranking...

This article explains in detail stop words, and how...