This article explains why you should choose a Linux Server over all other kinds of servers.

When choosing a server, you have a few options to choose from. While some websites use “Windows-based servers,” choosing a Linux server is probably the best option.

Now, you may ask yourself, why exactly did I say Linux is a better option.

Advantages of using a Linux server

Using a Linux server is cool. It is considered to be the most stable platform in the market today. You do not have to worry about downloading updates every time or rebooting the system.

Linux server is very stable and can hardly crash. While using  Linus server can run for weeks consecutively without ever having to shut it down. With a Windows server, the reverse may be the case.

Linux is also known for having the best performance of any server type that is available today. With Linux, you can have a large number of users working on the same server without any problems.

This server is ideal for networking purposes. It can be connected to many different devices without running into any problem. When using a Linux server, you are using a server that has a good reputation in the industry as well as having the best performance overall.

One of the greatest advantages of using the Linux server is that the code is open to all (Open Source). Unlike other operating systems, the codes are not available to everyone for free.

Linux code has been out there for a long time, and programmers have reviewed it around the world, and it has always been used for research purposes.

Linux server has the ability to multitasking. That’s why the server is known for being able to handle different programs that are running at the same time.

With other operating systems, they mostly put certain programs into sleep mode when you open something else. Using a Linux server, the program can continue running in the background while you are working on something else.

The Linux platform is very flexible; it can also adapt to many different situations. Since it is an open-source program, programmers can easily customize it based on what they need to archive. With the flexibility of this level, it also makes the platform very much more secure, as loopholes can easily be identified and corrected.

The security aspects can be customized so that they are unlike anything else out there in the market. The platform can be made much more secure by varying the security protocols and systems that are in place.

You can hire a programmer to implement new techniques or strategies within the Linus operating system that can match exactly what you need for the moment. 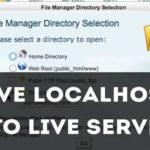 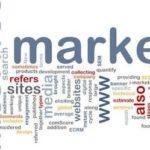